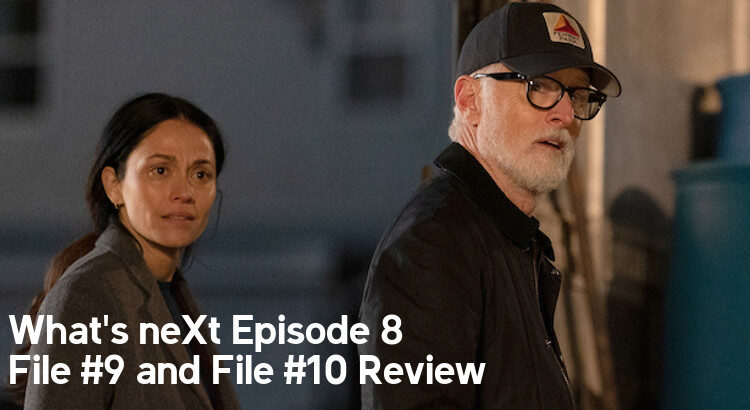 Welcome to the What’s neXt podcast! Doug and Karen talk about the finale of the Fox TV series “neXt”.

We discuss the episodes “File 9” and “File 10” Here’s a quick outline:

While Ben is an actual mole, intent on sabotaging the good guys, Gina goes undercover at the NSA. 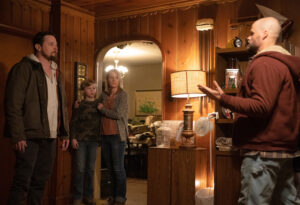 CM travels to his ex-brother-in-law’s place to procure a truck bomb, and finds out his ex-wife has foregone witness protection to stay with the white supremacists.

Paul torches the Fortress of Solitude. Which makes Karen angry and Doug sad.

Paul goes to purchase an old-school car so NeXt takes control of a car in the lot and threatens him.

Natalie and Gina get out of the interrogation room and “hook up” to the server Gina targeted.

Paul drives the truck bomb into the NSA facility without Shea. He blows it up real good, seemingly dying in the explosion.

Six months later, Shea’s in jail; CM and Gina run a campaign to have her released; Abby has been given a chance to participate in a sleep study for a cure; Ted is free.

Throughout the last episode, we see flashes of Paul giving a TED talk about AI.

At the end of the episode, we see technicians going through the rubble of the NSA facility. We see a hard drive plugged into a case, and code flashing by. In the screen’s reflection, we see someone familiar… 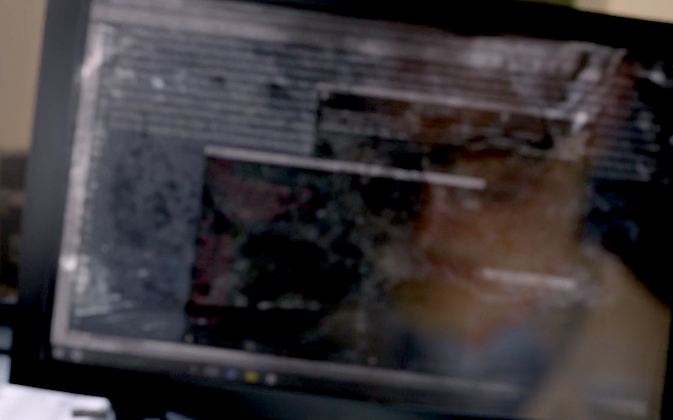 The first person to be killed by a robot in real life: Robert Williams

What’s neXt in the News:

Is there any way to control future AI?

Congratulations Fred! Some of his tweets were recognized by Elizabeth Cappuccino! 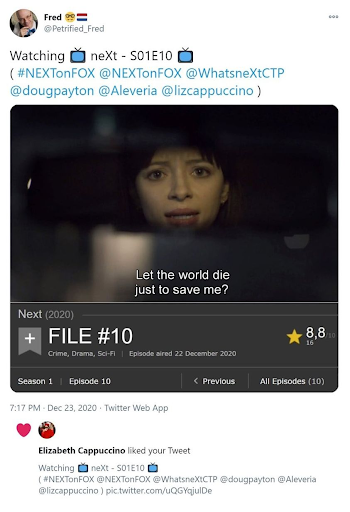 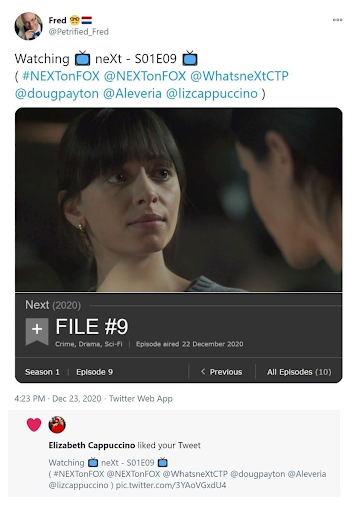