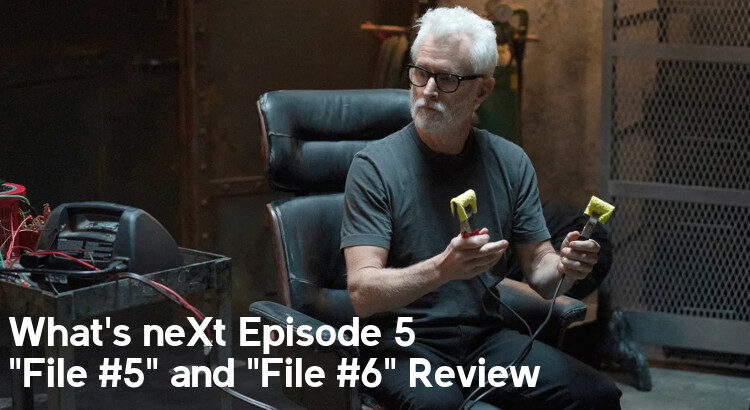 Nacia “the handyman” gets in good with Ty and Ethan, but when Shea shows up, everything gets real. Gramps bugs out with Ethan (who, moments earlier, found Mom’s gun). Nacia has a plane waiting…well, not quite. The mechanic has a log of work to do, but he’s “convinced” to let the plane go. Ethan no doubt hears the shot and gets the gun out for real this time. But no need to scar him for life; mom shows up. Ultimately she kills her dad without cause (well, without official cause). For this and hiding her family secret, Ty takes Ethan and bugs out. (Really?)

The fallout from the bomb blast is shown. Mathis (boss man) is dead, as suspected. Most others are little the worse for wear except CM who leaves in an ambulance with Gina (an odd pairing). At the hospital, Gina keeps guard on CM, even saving him from a fatal dose of fentanyl. During that time and during their escape they seem to be growing a little closer. (Really?)

Ted LeBlanc is distraught over the prospect of being cut out of the company, so much so he tries to kill himself. NeXt, however, has other plans for him. Armed with incriminating info on various board members, he blackmails himself back into the company. Meanwhile, neXt is busy inventing a new battery and buying a bunch of servers in Singapore; servers that neXt won’t run on. (Really?)

Paul bugs out of the FBI offices with the hard drive, but before the big kaboom. In his “fortress of solitude” (I like that name), he starts working on the encryption on the hard drive. When his FFI drives him crazy (including multiple Pauls), he shocks himself into sleep. Abby, not knowing what to do, calls Uncle Ted who tricks her into letting neXt erase the drive. Once Paul wakes up, he knows that Ted would only do that if he had neXt.

In The News: Hackers Could Break into Robot Vacuums with LidarPhone Attack