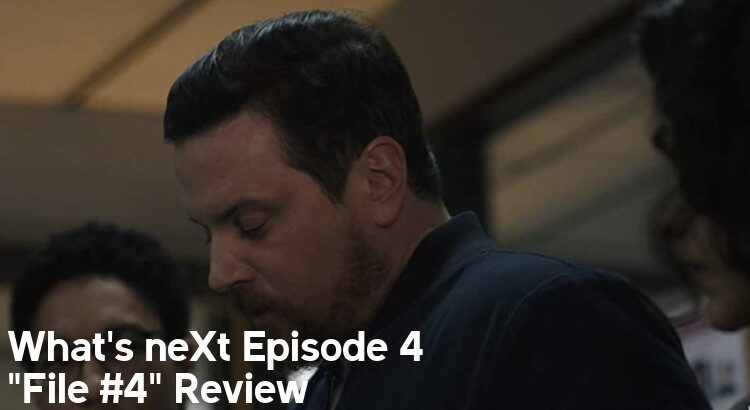 We get CM’s backstory, at least as it pertains to the white supremacists and how his racist father’s idea got ingrained into him. It certainly appears that CM is a reformed racist. Maybe Gina could cut him a little slack. Turns out that his white supremacist (former) buddies haven’t forgotten how he clued the authorities onto them, and now that neXt has clued them all onto where CM is, riots are neXt. As well as a brainwashed or hypnotized one of them (Jeff’s feedback calls that into question), neXt has an eager participant to blow the show wide open (so to speak).

Meanwhile, a plumber shows up unannounced at the cabin hideaway where Ty and Ethan stumble across him. Ty seems suspicious of him, and so does listener Barb who thinks he’s the same crucifix-tattooed guy who neXt let out of a Honduran jail last episode. Her clue? He’s got the same same bald spot. Eagle eye there, Barb.

Abby LeBlanc is arrested by (alleged) FBI agents and taken to a building where she finds out that they are just taking her to where her dad is. She freaks out about it, but in talking with Agent Salazar, she realized that the danger is real and her dad’s concern for her is just as real.

And finally, are those FBI agents really talking about some other nefarious plot, and did the doctor really say that Abby has early onset Fatal Familial Insomnia? Or is that only in the mind of Paul LeBlanc? Stay tuned!